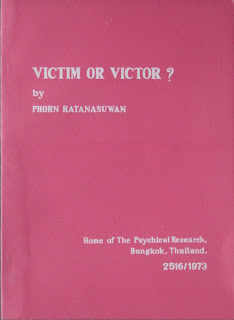 On 4 December 2008 the exhibition VictimDesign opened in Antwerpen. Fifty artists participated in an amazingly small and cramped room. There was no curator, no selection of works and anybody was allowed to bring in his or her work and put it anywhere at random without necessarily bothering what was already there.
About two weeks ago there was a meeting with a bunch of artists about this idea of putting your work without any inhibition or control in an exhibition, even interfering with other works, interaction and other wild ideas. Some artist could bring in a table and another artist could build something on top and thus make a new work in a way and yet another one could lean something against that and make another new work in a way. You could virtually do anything! How revolutionary can you go?
At some point I threw in the idea of maybe not adding something to the table that would be there, but perhaps cutting it in half because that might look better to me, or the something I might want to add to what was already there. Ouch! That seemed a bit too far fetched for kind of everybody involved. Destruction of somebody else's work was not allowed. Now when can we actually speak of destruction, where is the border? Is sawing a table in half destruction or is it just interference? Isn't putting something on top of somebody else's work some kind of destruction then too? Where is the border between respect and disrespect in such matters? Would it be more respectful to put maybe some leaking or dirty bottle on the table, leaving a rather permanent imprint? 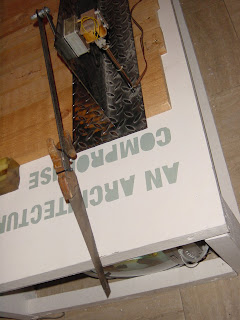 When the opening night of the exhibition came closer, it was obvious I had to come up with something to make my point. I considered a performance with a canister of petrol, a candle and myself in true Bastard Art Gruppe style and various other live interventions. But finally I settled for an old friend. A sturdy machine I originally made for a performance "Only the Lonely" in an abandoned brothel in 2002, and also used in a different setting for "He Who Has No Heart Will Have No Heartaches" in Factor 44 in 2004. So in a way you could say it's a respected piece of art. For this occasion I fastened a saw to the electric motor and installed the piece more or less on top of another one, which was after all the original idea of the VictimDesign exhibition.
So now I'm strictly not really destroying anything at all, I just made an arrangement for a chance meeting between two artworks, one interfering with the other. Or is it destruction? Tell me, where is the border?
Posted by DDV at 11:23 PM 1 comment: 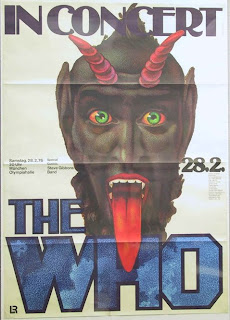 Those who don't remember the past
are condemned to repeat it. 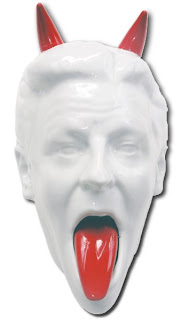